“Look at yourselves through the example set by those women of Athens
(…)
They only have fear.
No dreams, only presages.
Their man, seas, shipwrecks” 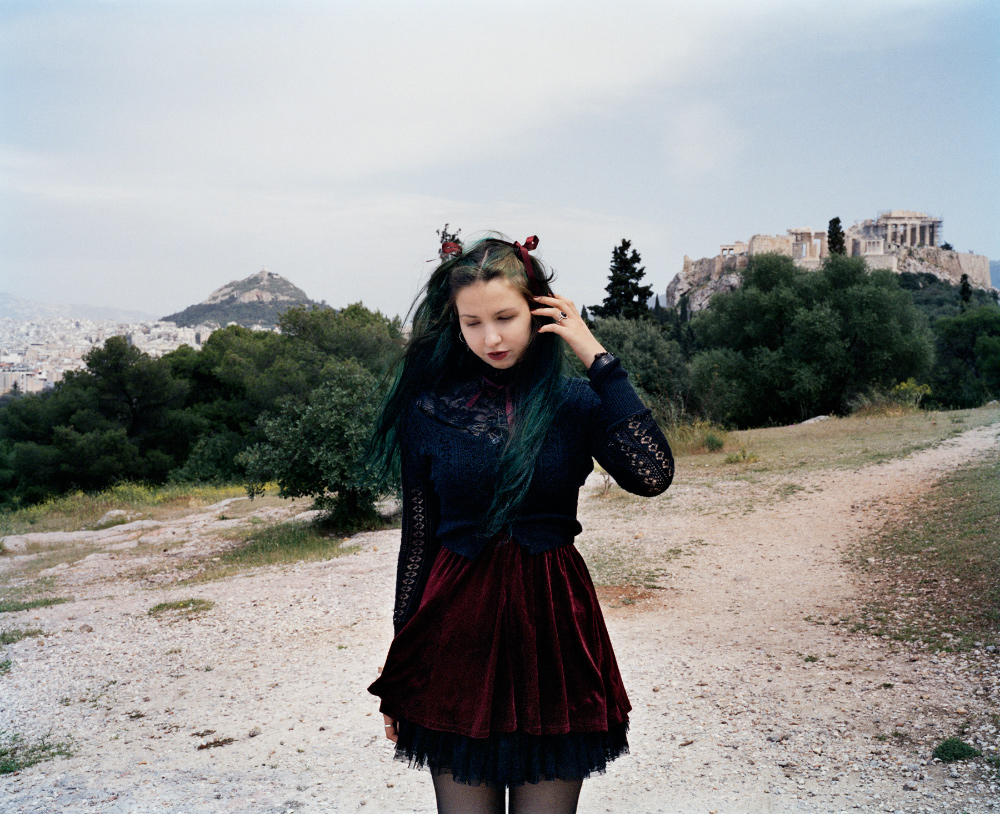 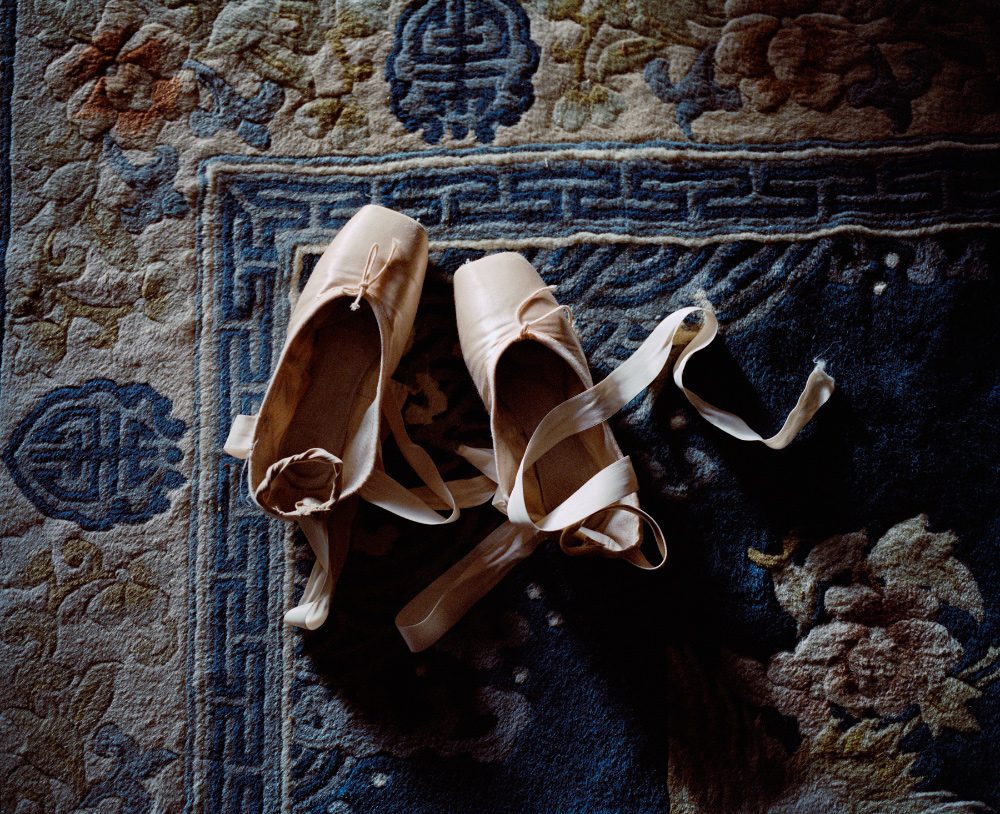 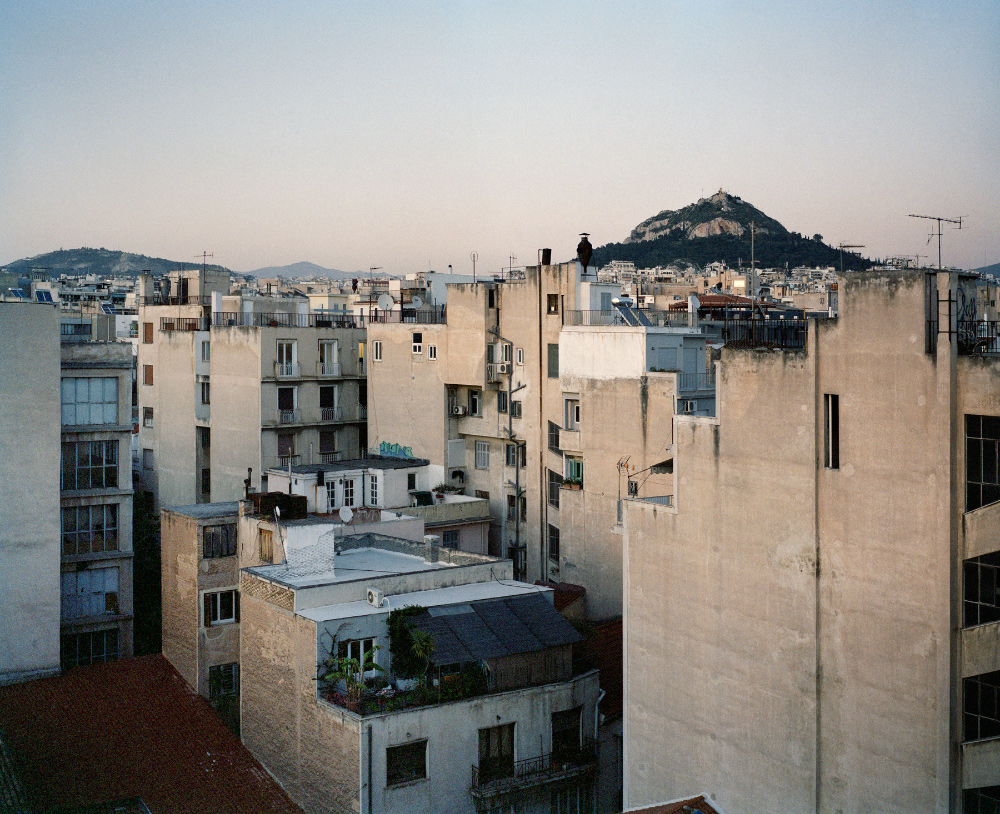 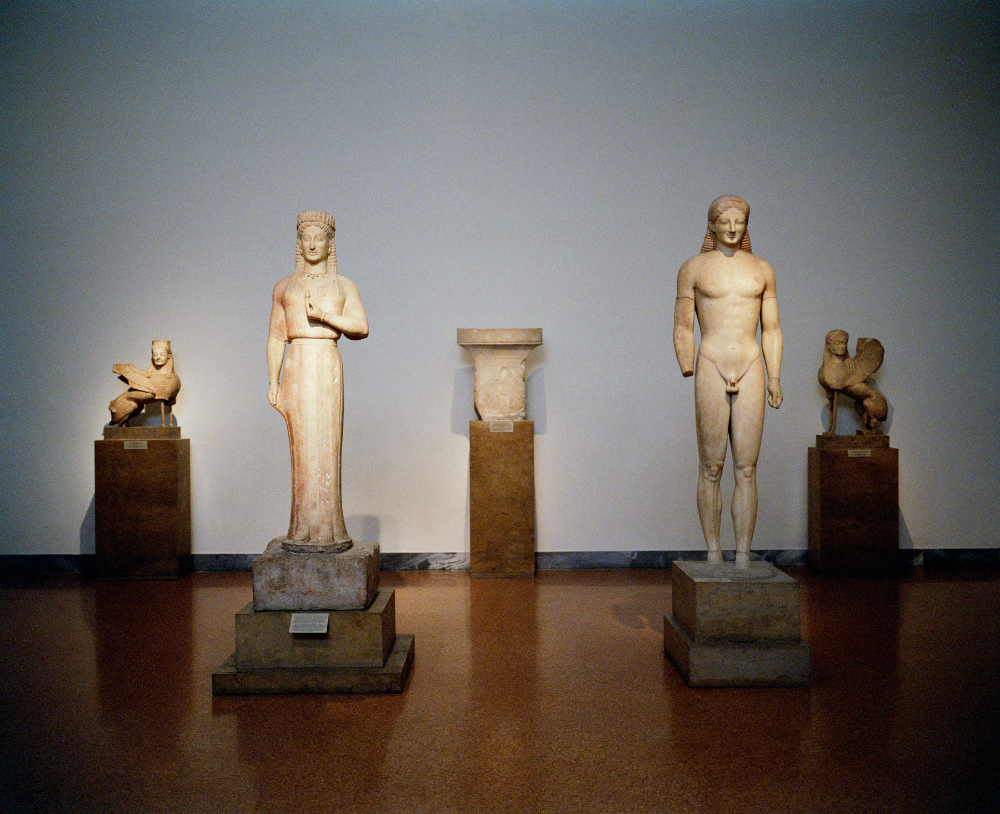 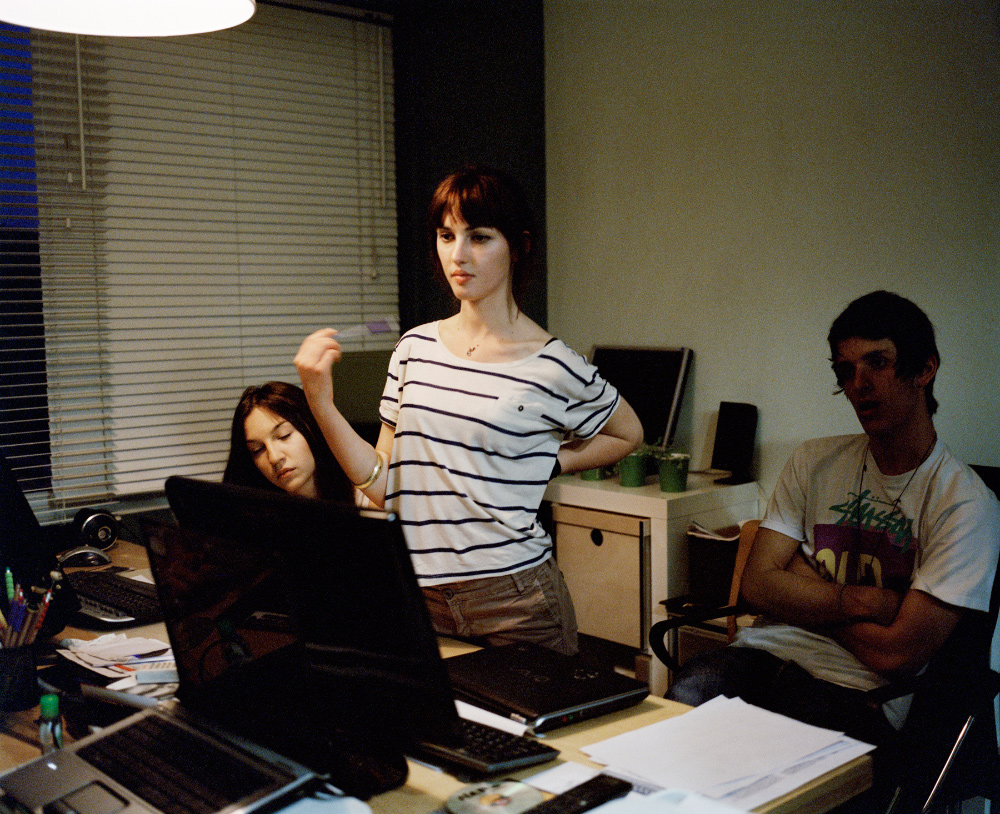 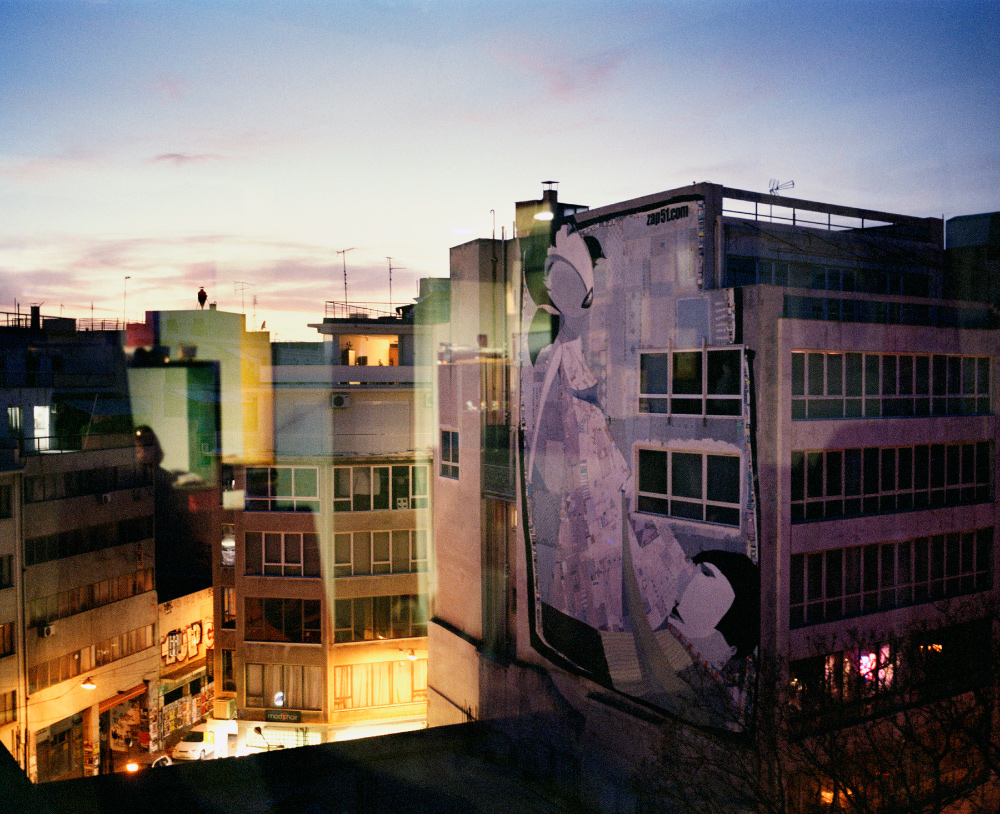 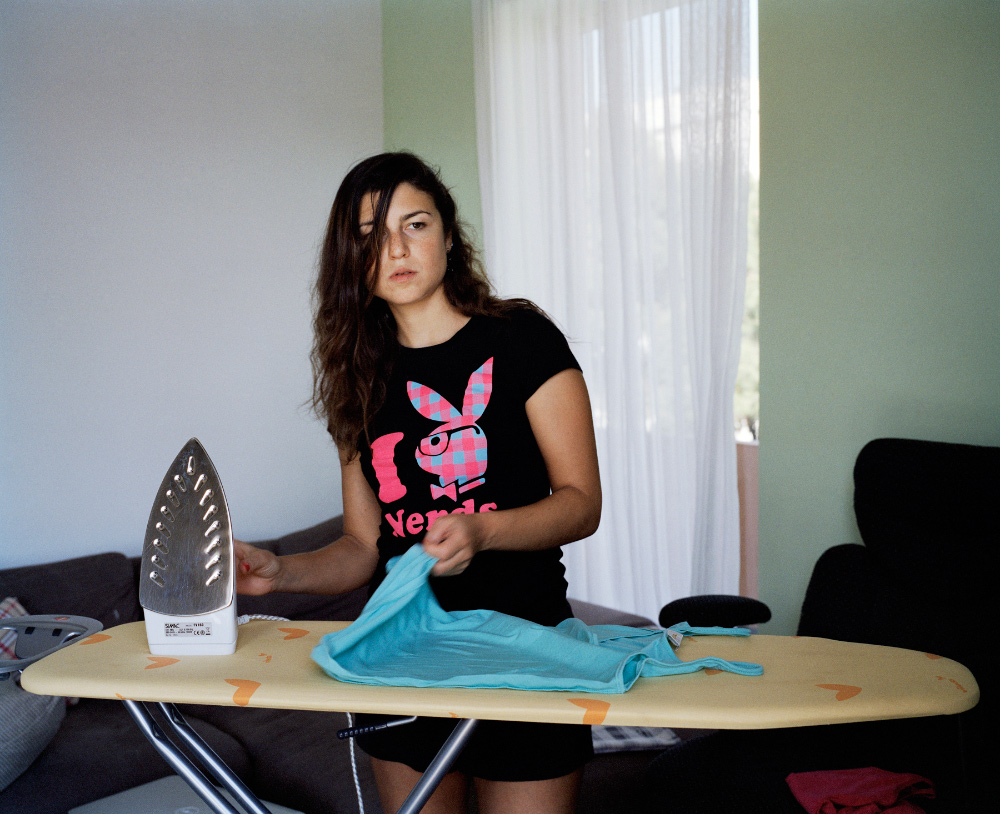 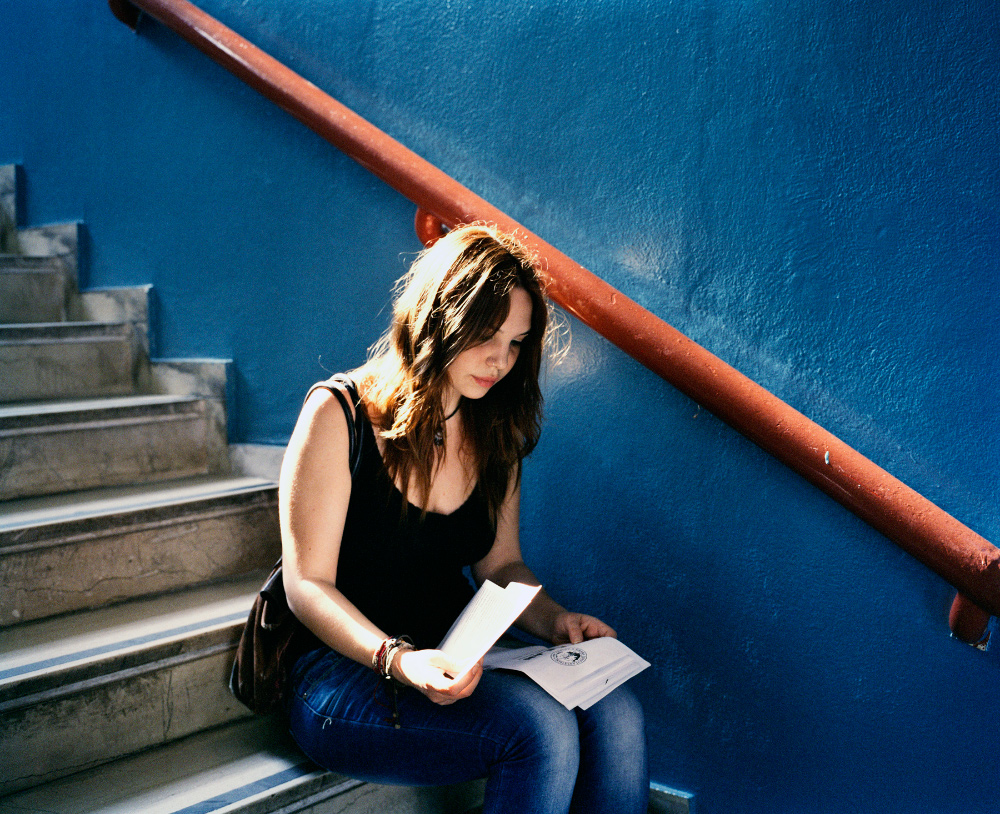 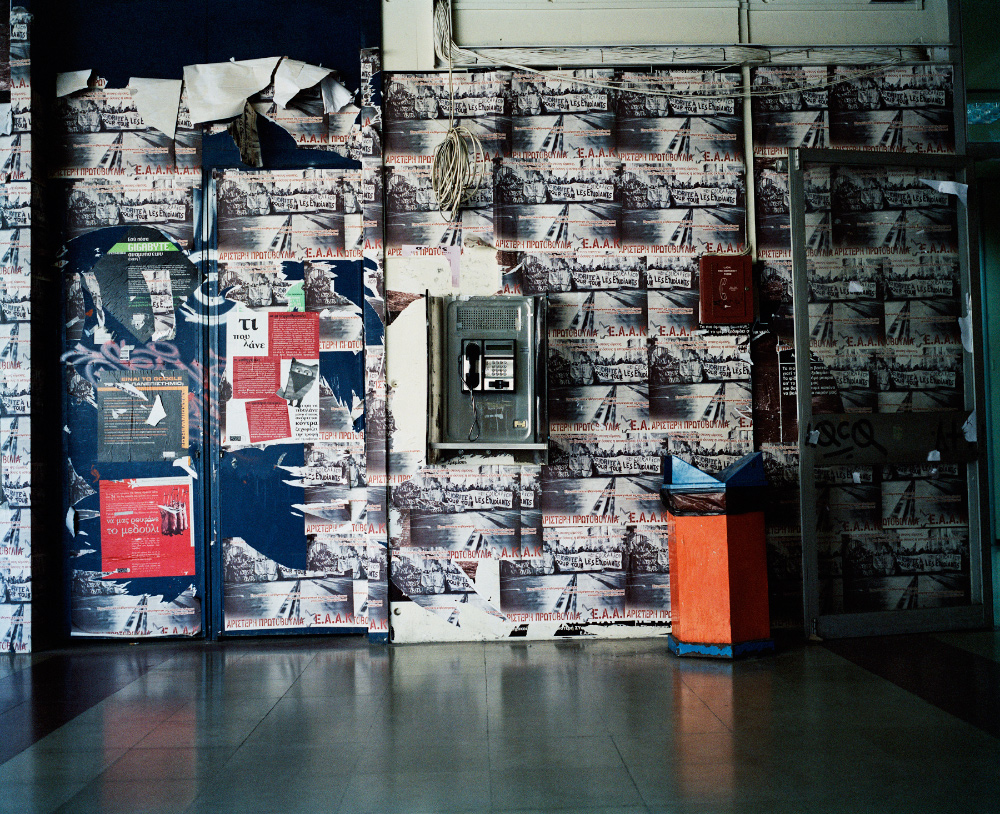 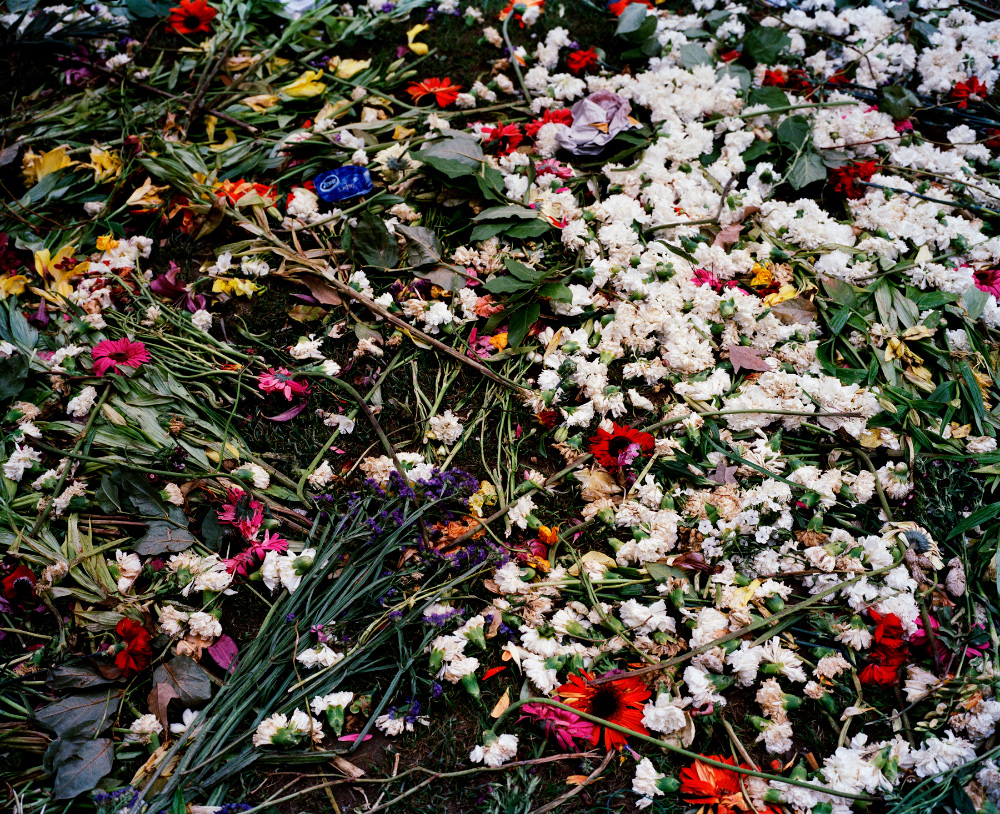 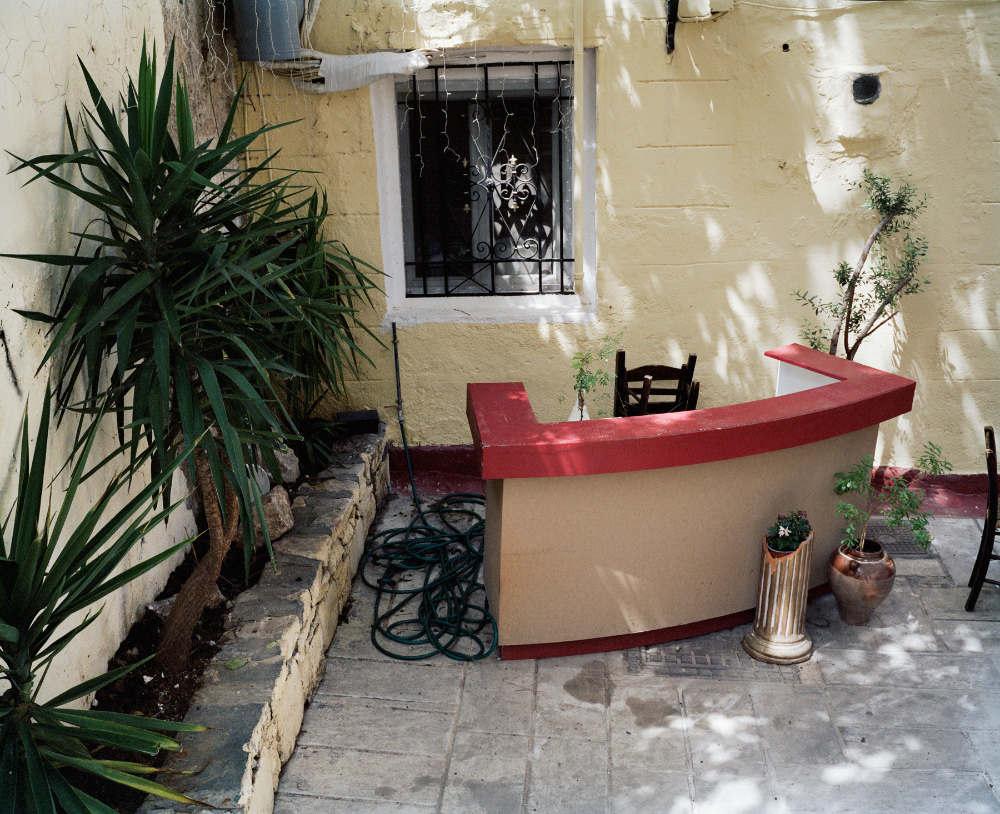 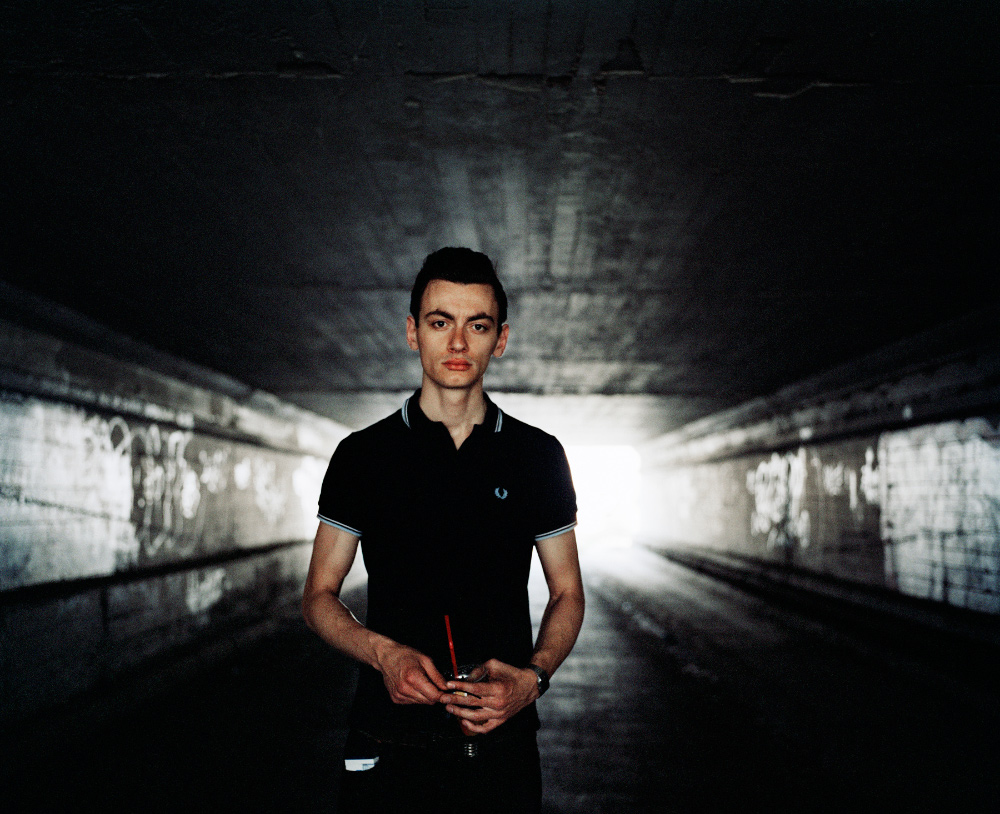 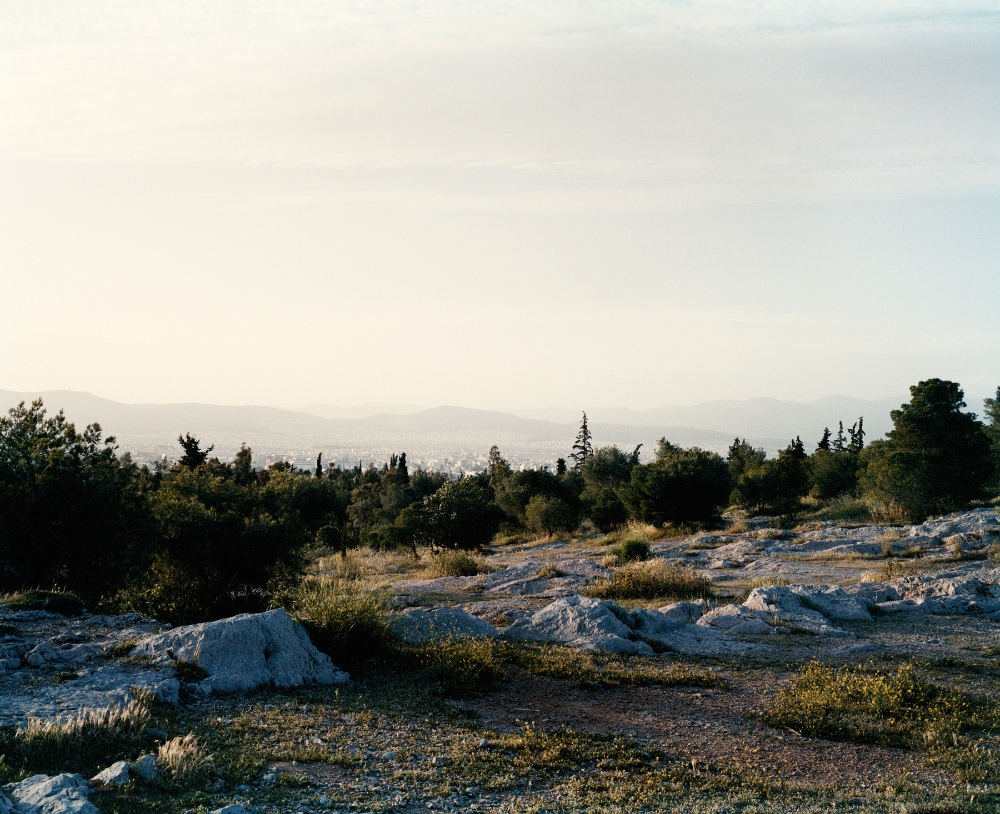 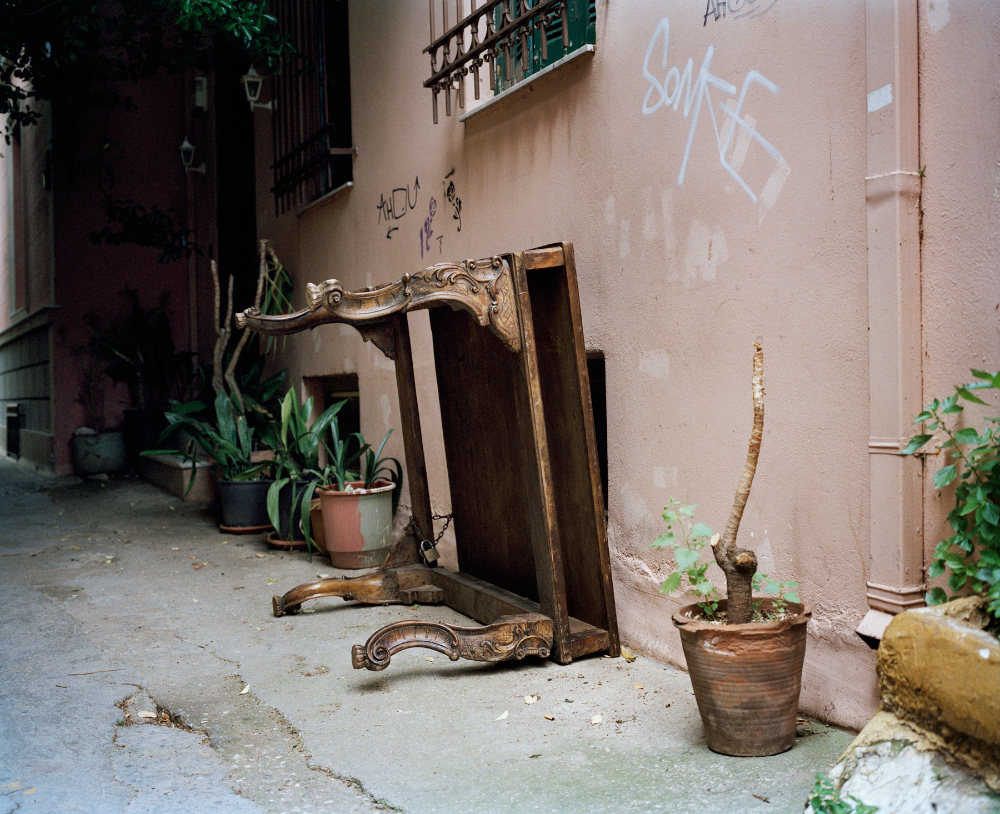 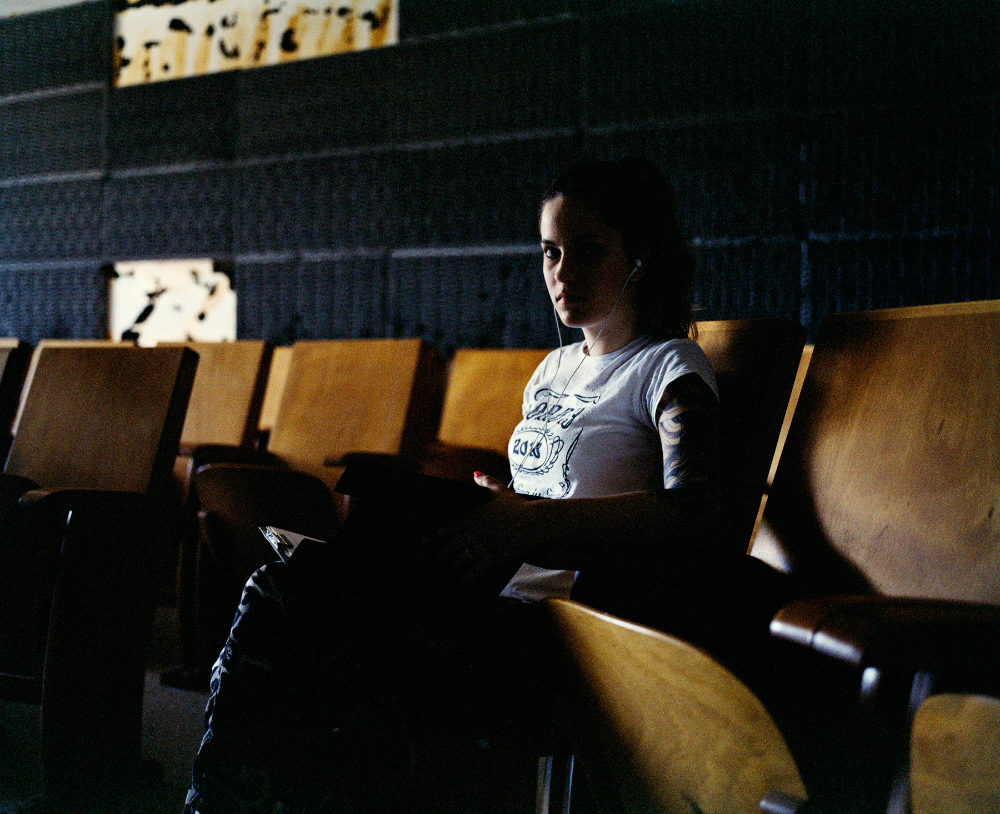 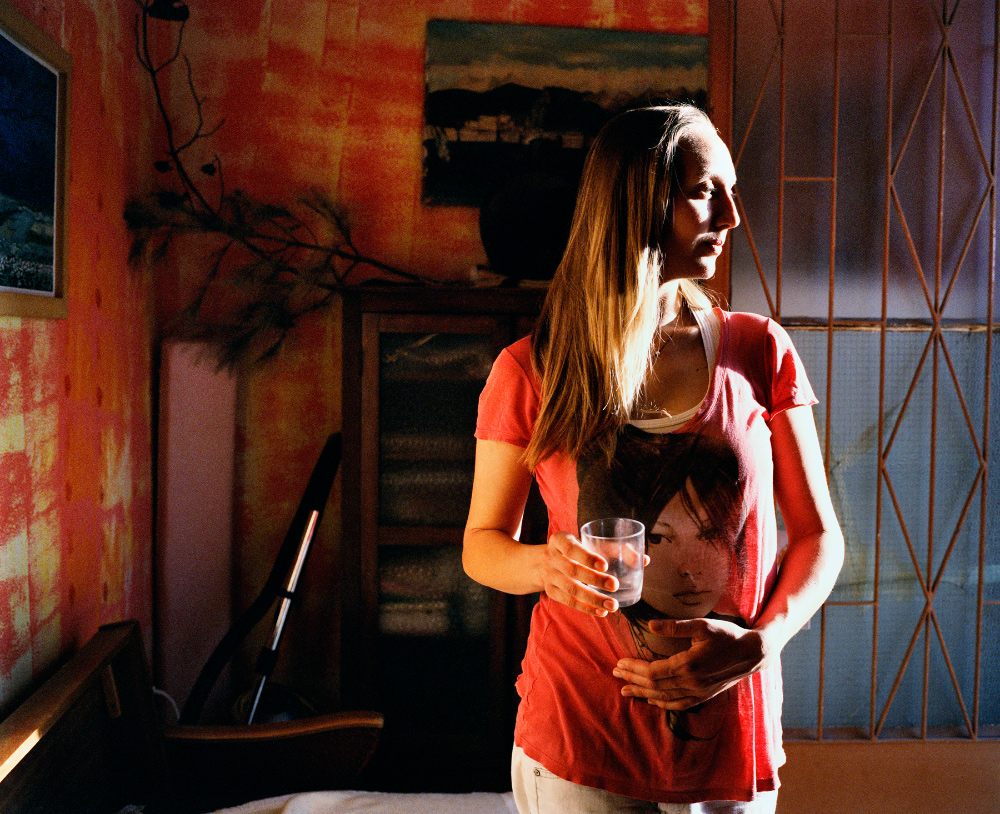 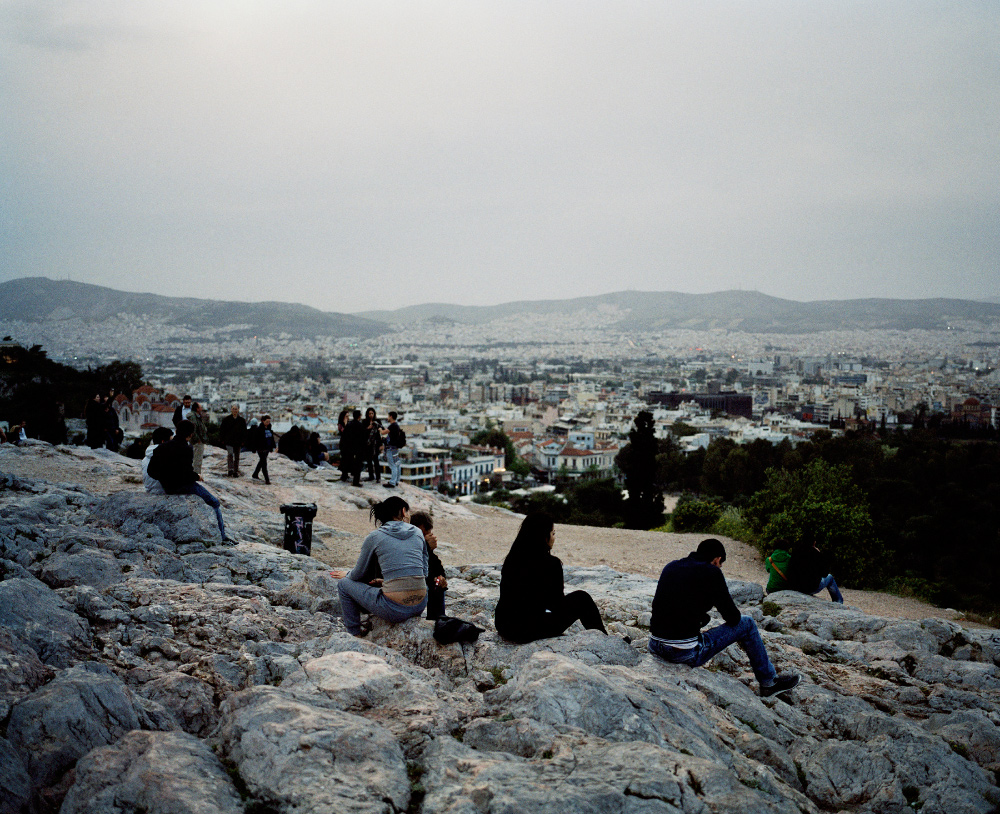 The times we live in are characterized mostly by the daze of citizens and the devitalization of democracy. No wonder, then, that the most unexpected paradoxes multiply, such as the ones that are now hitting the youth, politics, or Europe.
The paradox of youth: never as today have young people been so much in the center of all attentions, on the spotlight of all advertisements, and at the core of all of the rhetorical statements, giving shape to an unprecedented youthism that turns up as the miraculous and kaleidoscopic matrix of all that aspires to have value.
And yet, the paradox imposes: also never as today has the youth – or rather, the young people, which is not exactly the same thing – faced such an opaque society, so blocked, and so inaccessible. As if the youthism of contemporary Western societies had turned into the main enemy of young people.
Eleni Krietsep expresses well the aim of this increasingly acute conflict when, in the video that supports the exhibition, she says that being young in Greece is “being always trying not to make part of this culture.”
The paradox of politics: here the paradox is born, not from the tension between hyperbolization and blockade, but from distrust. The politics segregates lethal doses of suspicion and disaffection everywhere on all of its agents and protagonists, which go much – and very much – beyond the so-called crisis of representation.
And yet, no other way of articulating the individual with the collective emerges, as though the individual expressiveness would constantly undermine all possible forms of collective power. There has never been so much freedom, but at the same time there has never been so much impotence.
The paradox of Europe: this paradox is born from an illusion and seals with a denial. The illusion is that of solidarity, convergence, and growth. The denial is that of selfishness, divergence, and regression.
As I have already stated, if Europe will eventually come into collapse, it will be easy to point out where the disaster started: it was with the absurd invention of the “troikas” and “memorandums” with which, in 2010, it was decided to react to the excessive budget deficit of Greece and the huge size of its debt. It lacked then discernment to the European political leaders, who have confounded it all in a vertiginous series of misdiagnoses and strictly national reckonings, which could only lead to inept or even suicidal solutions, naturally.
That is the point of the decisive bifurcation, maybe fatal, between the solidary solution and the opportunistic disposal, that the work of Pauliana Valente Pimentel “Youth of Athens” captures with such sober as well as apprehensive evidence.
Drawing inspiration from a memorable lyrics by Chico Buarque and Augusto Boal, “Women of Athens” (1976) – Pauliana Valente Pimentel goes through these paradoxes of our time with a unusual acuity, both in the photographs that she took and in the video she directed, appealing to a bold and profound reflection on what has happened so that the young people of Athens, like the women sung by Chico Buarque, “have no dreams, only have presages.”

THE FUTURE LIES IN THE PRESENT
Leonidas Chrysanthopoulos
(Ambassador ad.H.)

A lost generation struggling to survive. A generation lost because of human greed and stupidity. The European Union eating its own children. Is this a nightmare from Greek mythology? One would wish it was. No it is the reality of modern Athens of two years ago as seen from the lens of Pauliana Valente Pimentel who was able to capture the agony of youth in its struggle not to get lost. She shows us in all detail the stress signs on their faces,the difficult circumstances,but in spite of the hardships,the innocent happiness of youth. And she achieves this with an effective simplicity.
The youth that is interviewed knows that there are others in worse conditions than they are and do consider themselves somewhat fortunate in this sense. It would be interesting to do a “Youth of Athens” 2 years after- and interview again the same youths to see how they have fared in their battle. We wish them well but we fear the worse since the situation of Greece has seriously deteriorated since then.Many have left the country to struggle elsewhere. That is not a solution. Solidarity among themselves and return to the traditional values of Greece are necessary as a basis for a way out of the present impasse. But through her pictures and video, Pauliana is sending a desperate message to the European Union.”Stop eating your children because there is no future without them.”